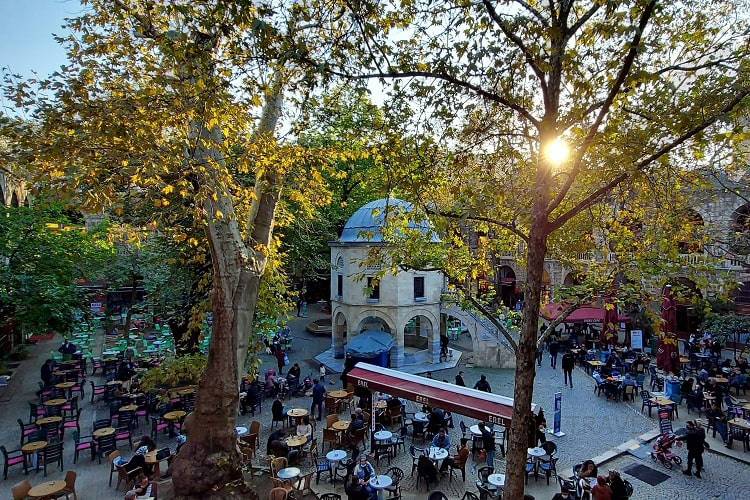 Koza Khan was built by Ottoman Sultan Bayezid II in 1492. It is located between the Great Mosque and Ghazi Orhan Bey Mosque. For centuries, it has been an important silk and fabric trade center of the area. Almost one-hundred rooms of Koza Khan which consists of two floors provide service as shops where the silk products and souvenirs are sold and cafes today.

At the heart of Koza Khan, a prayer room that has a shadirvan beneath it exists. Koza Khan, which enables people to reach Ataturk Street through its south facade door, also has a door opening on Covered Bazaar on its north facade. The Khans Area which Koza Khan included either, was entered the Unesco World Heritage List in 2014.